What are the five major mobile app development aspects in 2017?

Posted on May 2, 2017 by MobileAPPtelligence

A life without smartphones and mobile apps is unimaginable. For anything, we tend to research in our phones. When we wake up from our bed, the first thing most of us do is to check our phone and go through messages and mails. According to the recent report by Touchpoints, 2.1 billion people owns a smartphone. This proves the importance of smartphones in the lives of all. 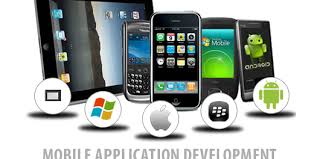 It is understood that the demand for the mobile app is not going to descend in the near future. So let’s have a look at the five major mobile app development aspects in 2017.

Swift is considered as the next programming language for iOS developers. It is much easier than Objective-C and it will gain a lot of attention in 2017. When Swift 2 is launched, it would come up with the latest developer-friendly features, that will make it stay in the future as well.

Nowadays people prefer to make their purchases through m-commerce apps or e-commerce websites. The convenience and the easiness to make the payments via debit card, credit card or mobile wallet is the major aspect of the rise of m-commerce market. It allows the customer to avoid long queue at the billing counter and the difficulty of carrying money every time.

Fitness is of major concern and hence many are wearing fitness bands these days. Also the advent of smartwatches like Apple Watch Series 1, Moto 360 etc. shows that the demand for wearable devices and apps in the lives of present generation.

App Security is of great importance

Apps store your personal details like your name, address, and banking transaction details. According to Gartner prediction, even 75% of mobile apps are not capable of passing the basic security tests. More than 70% of the apps can access external storage and hence it is very important that all the data should be encrypted with the utmost care. Security gaps will allow the hackers to easily collect all the sensitive and most confidential data very easily from your app.

Embedded AI within apps will become the norm

Imagine a picture that changes dynamically according to your moods or situations. More developers are building machine learning and AI into their apps. The implications are huge. While photo filters are relatively easy to create, developers could soon start devising innovative ways in which self-learning apps could customize what they display to users based on their personal preferences or location-specific data. Also known as neural networks, such services can soon shift from data centers to everyday devices such as cameras, phones, and IoT-enabled devices.

These are the five major mobile app development aspects that you need to look forward to. If this is not being followed it will cause a huge setback to your mobile app development company in the future. Even VR and AR is grabbing the market this year. This trend which had started in 2016 is still pertaining and it is expected to grow further in the coming years.

Brands are bridging the gap between apps, e-commerce, and social media marketing

Brands are spending 9% of their marketing funds for social media marketing. As per the studies conducted by leading marketing company, the mobile traffic to e-commerce websites have increased from 3% to nearly 37% in the previous years. This is enhanced by the advancement in the mobile app technology and its relevance in the life of the consumers. Only 33% of consumers trust advertisements whereas 90% trust the products recommended by their friends and peers.